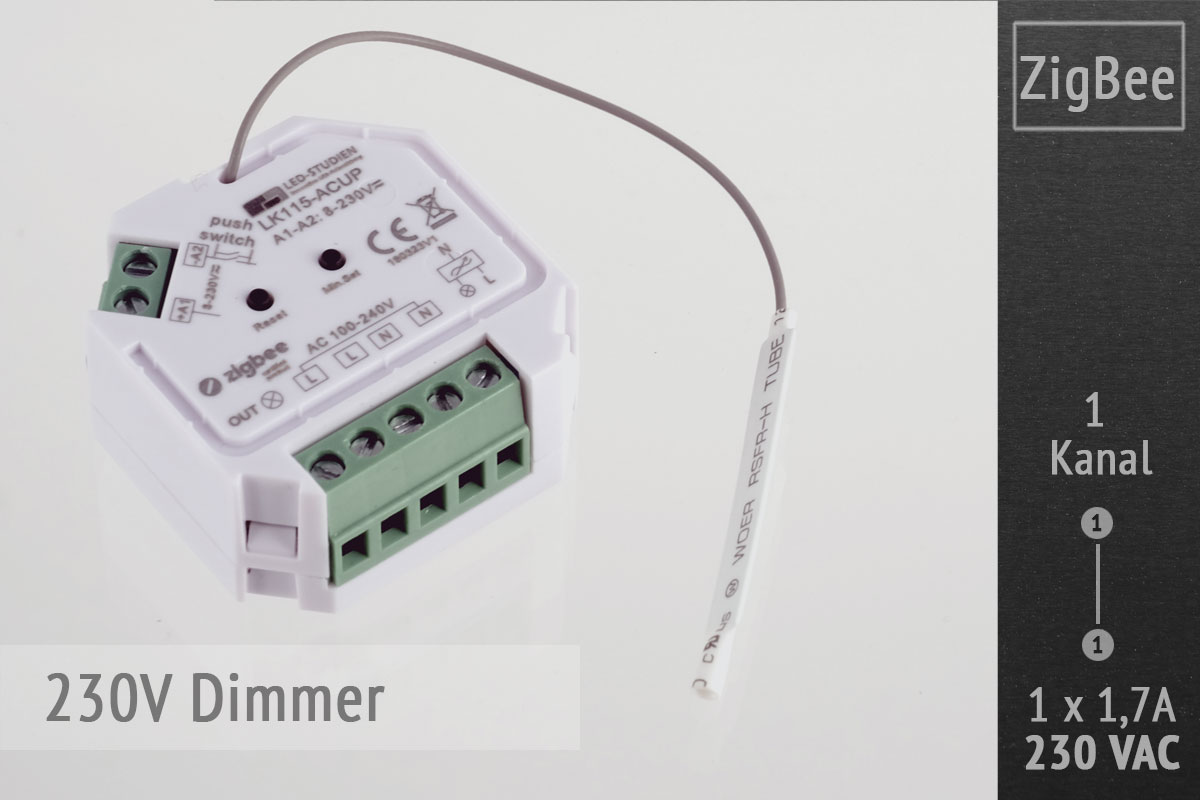 The LK115 series allows control via the ZigBee 3.0 standard. This makes it compatible with established systems such as Philips HUE or Ikea TRADFRI. Normal 230V lamps and luminaires up to 400 watts can be connected to the driver. So you can, for example, indirect lighting with LEDs supplemented by standard pendant or ceiling lights. Max. 400W applies to resistive loads, e.g. normal incandescent and halogen lamps. Max. 200W applies to inductive & capacitive loads (such as LED lamps). The ZigBee switch fits into typical flush-mounted boxes a. I.e. it is suitable for very many modern luminaires with LED lamps.

Also the control via voice assistant like AMAZON ALEXA / ECHO is possible. The simplest option here is AMAZON ECHO PLUS or ECHO SHOW with which you can directly control the ZigBee LED driver by voice. For other ALEXA systems you can realize voice control via a gateway. Since there are already corresponding ALEXA Skills for the established gateways of Philips HUE or Ikea TRADFRI, all LED strips connected to the ZigBee driver can also be controlled by voice here. You can find detailed instructions on this in our blog post "Lighting control with Amazon Alexa".

Other ZigBee components, such as ZigBee light switches, ZigBee remote controls, etc., which comply with the ZigBee 3.0 standard, can of course also be integrated.

The LK115-sw additionally offers 2 green screw terminals for a pushbutton input. For example, a simple pushbutton can be connected to this input to control the light without radio. Short keystroke switches the LEDs on and off.

The ZigBee switch LK115-sw is simply installed between 230V supply line and the lamp / luminaire. Optionally, the push-button input (push switch) can be used to switch the light on and off (short press). 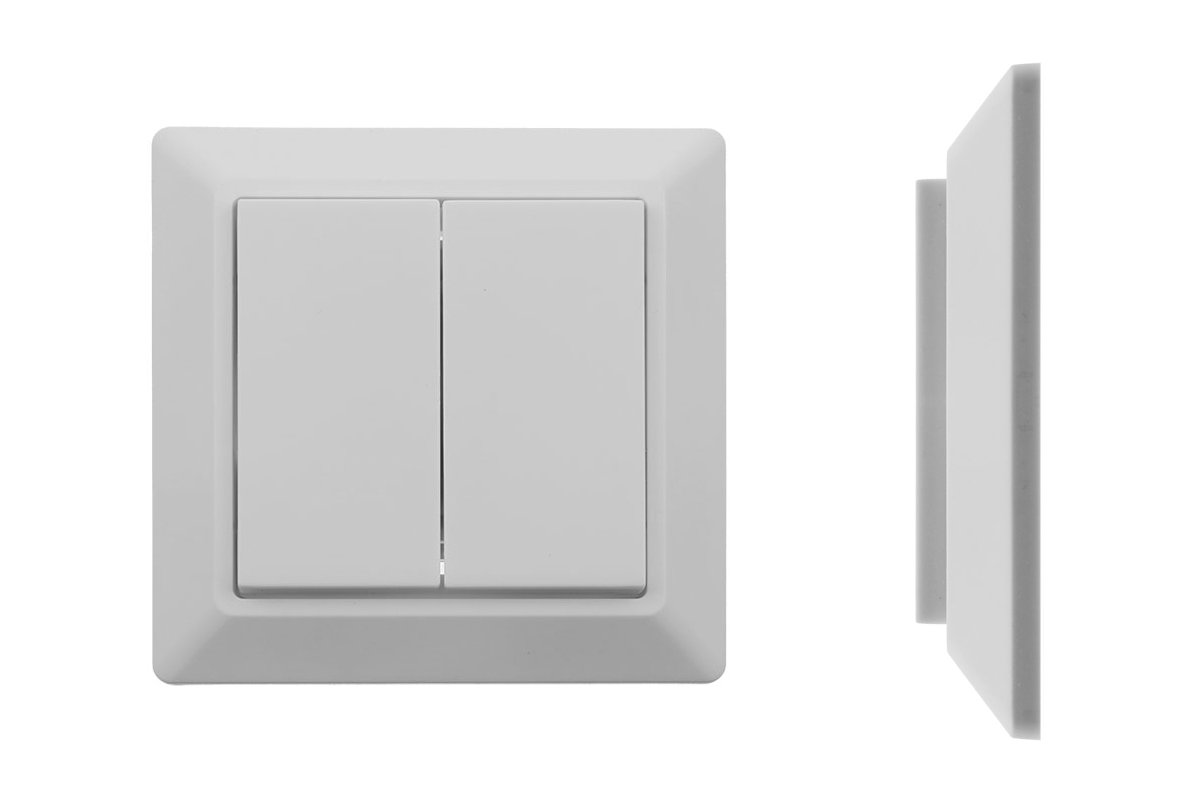