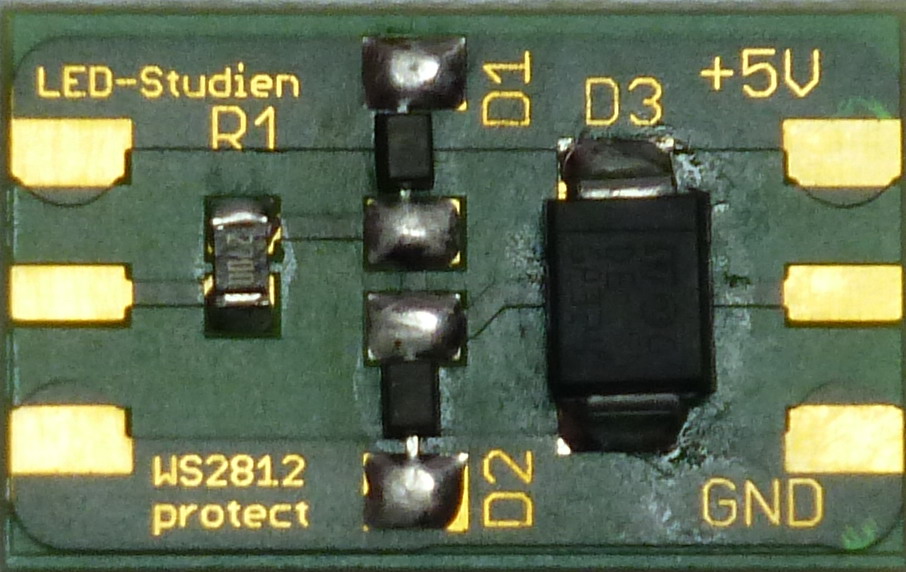 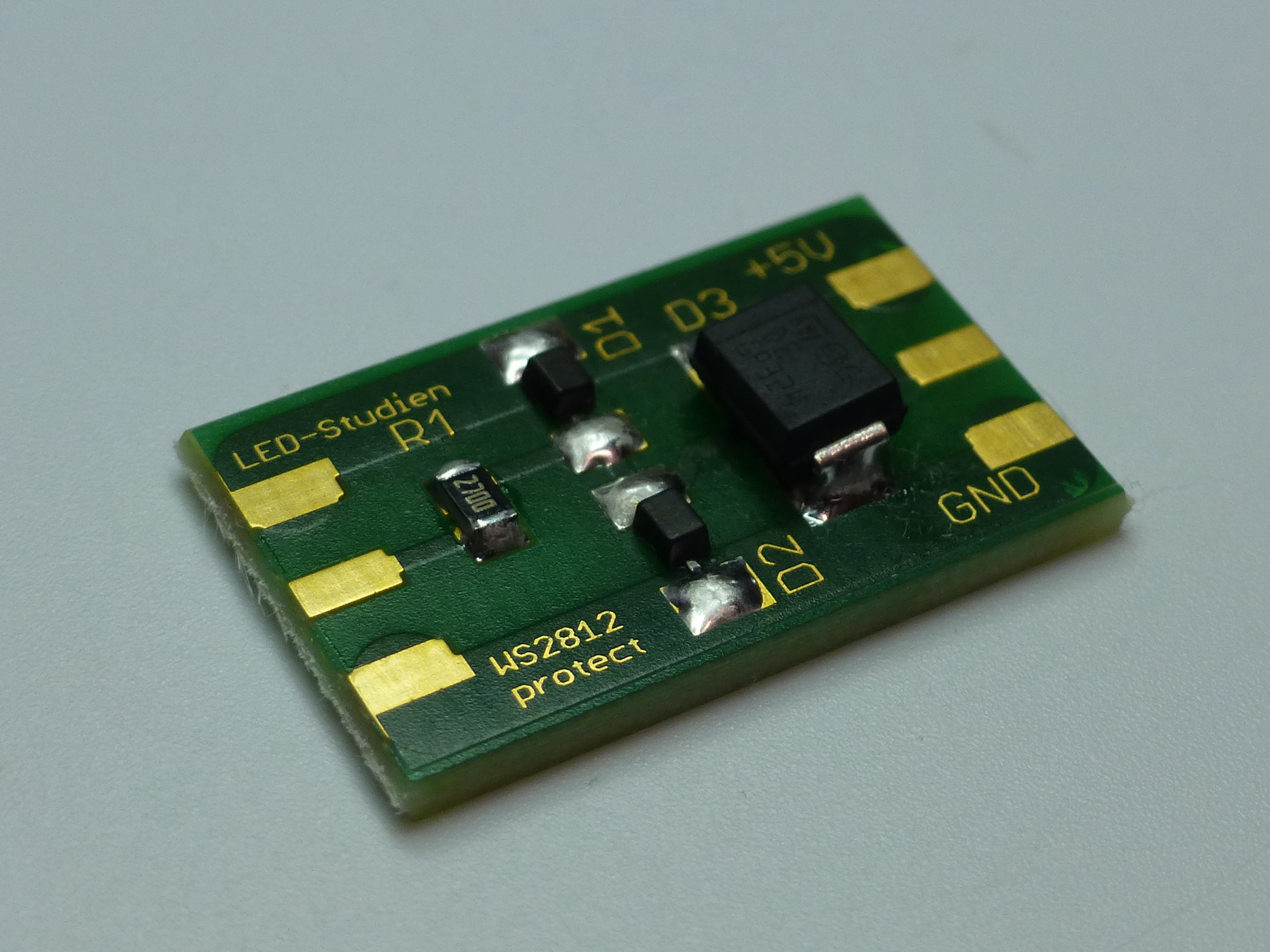 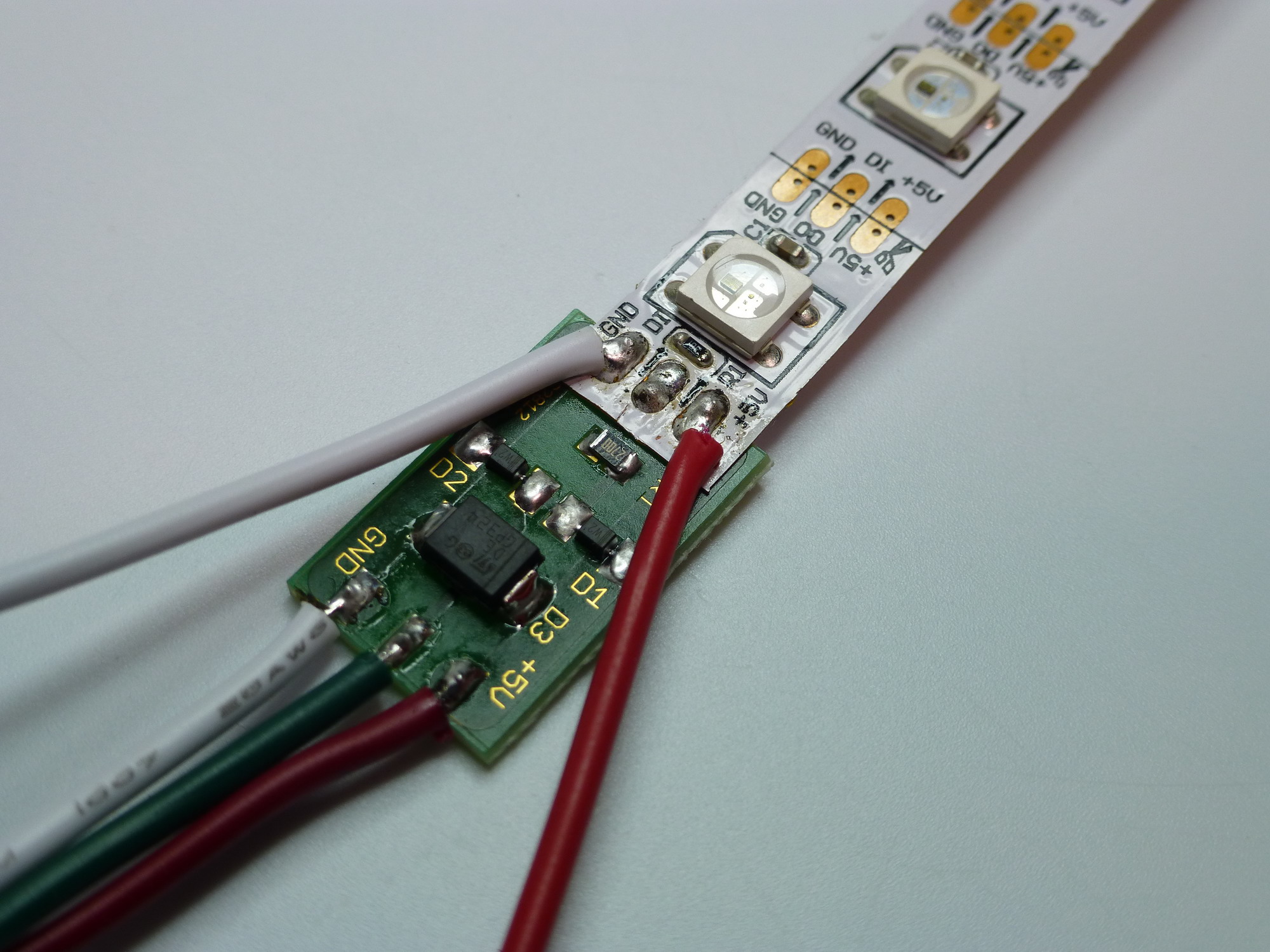 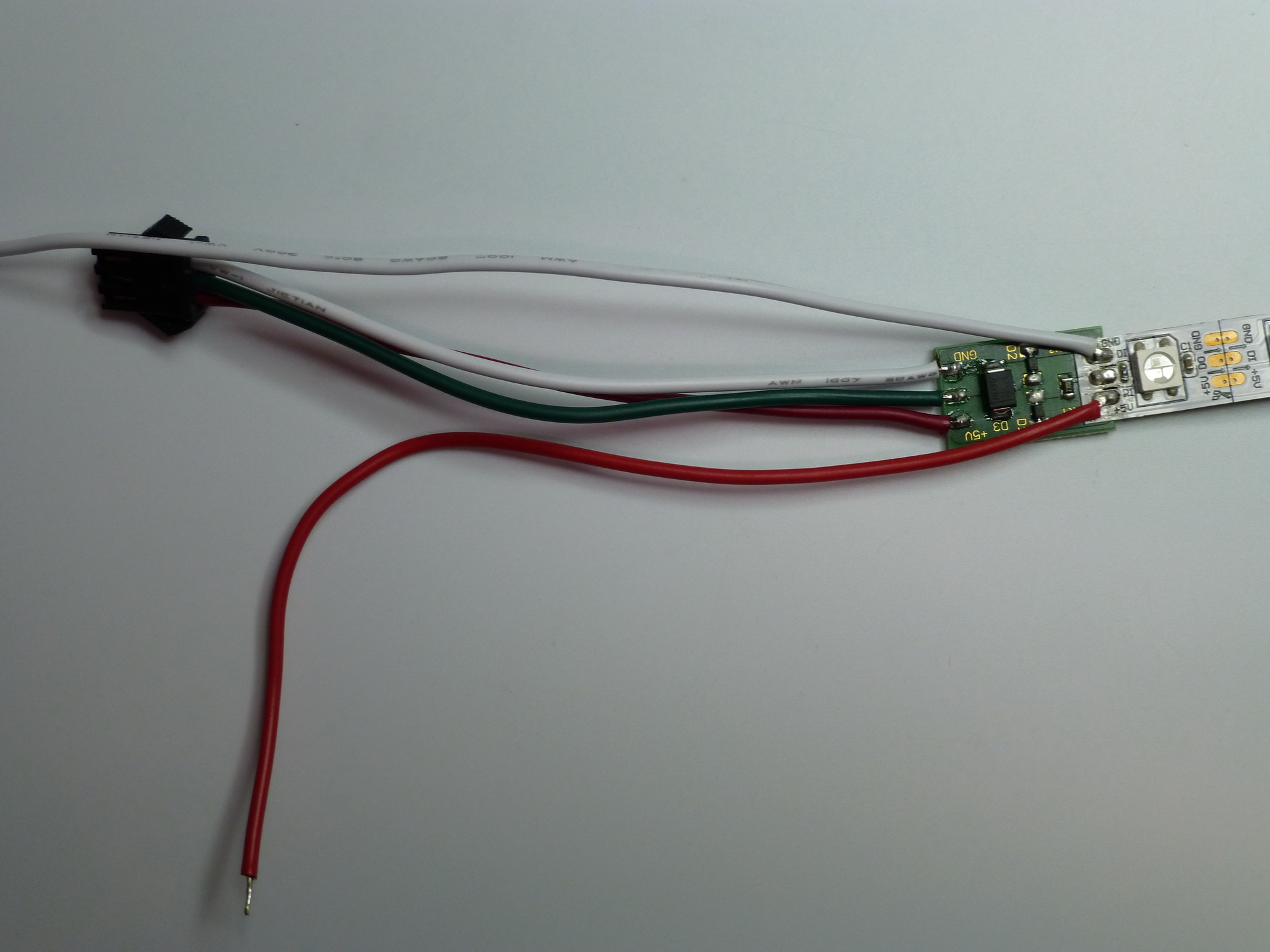 At WS2812 the WS2811 is already integrated in LEDs and allows the digital controlling of pixel. Most common is the LED-stripe with WS2812. The available version WS2812B can be very sensitive to voltage peak and ESD. A small cuircuit has been developed to mostly prevent a destruction of the first pixel.

A small board is linked directly infront of the first pixel. The board has been designed that a directly connection of a LED-stripe is possible. The connections has to be identical with these of the board.

One aspect of the circuit is the serial resistor of 270 Ohm. If you have such a resistor already present on the LED-stripe, you can override it, if it causes difficulties in operation-