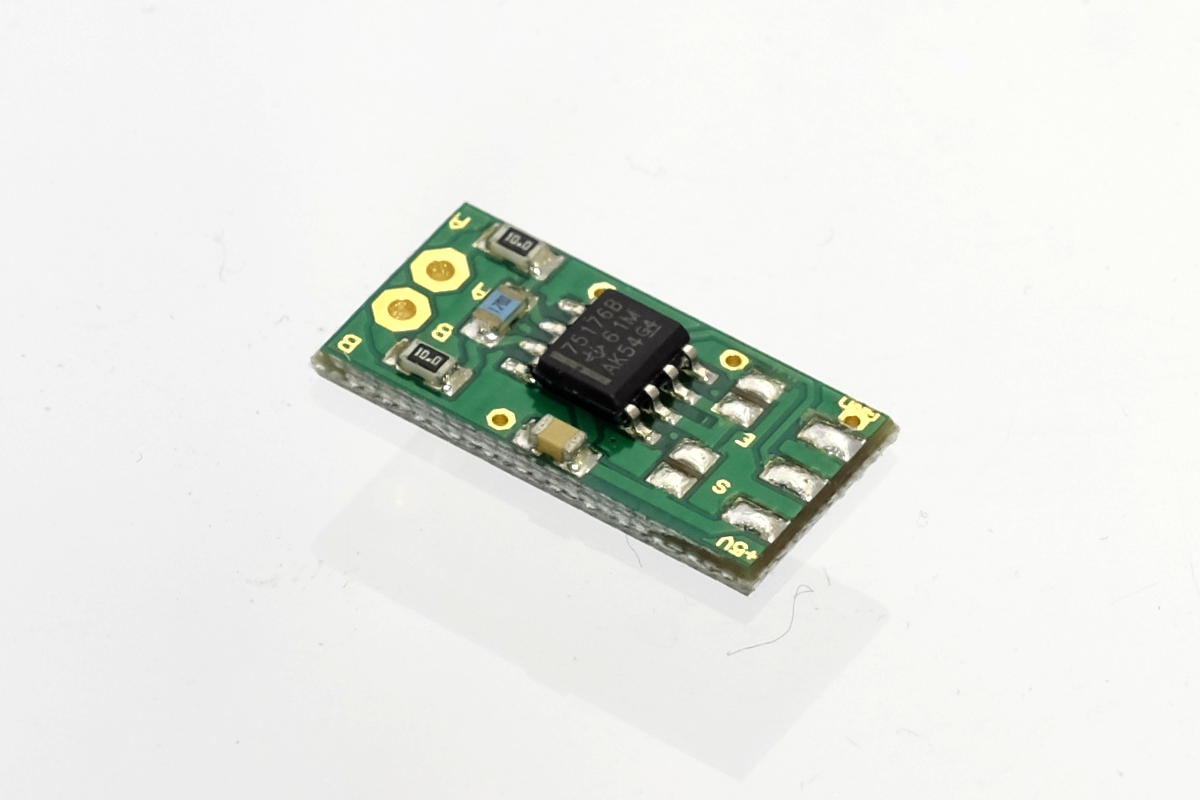 When using digital LED-stripes you can usually realise cable lengths of up to 2m, since the high-frequency signal is quickly distorted and wrong colors are displayed or flickering occurs.

This range-extender allows for cable lengths of up to 50m.

You need a sender PCB at the controller and a receiver PCB at the led-stripe. The mode (sender/receiver) can be set through a solder-jumper.

The signal for digital LED-stripes is relatively low-power but high-frequency. Much data needs to be sent in a short period of time, which is no problem for small installation with short cable-lengths. But with longer cables (over 2m) especially RF-waves, power lines and other electrical devices in the vicinity can cause disturbances relatively quickly.

You always need two range-extenders, one at the bedinning and one at the end of the data-line.